From Heraldry of the World
Your site history : Laerskool Impala
Jump to navigation Jump to search 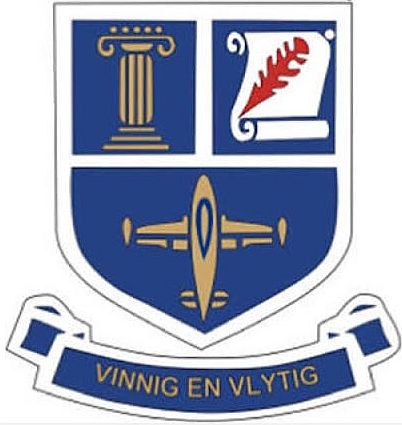 The school is named after the Impala aircraft. The Impala aircraft is in fact a variant of the Aermacchi or Macchi MB-326, an Italian jet trainer aircraft. In 1974 Aermacchi delivered to South Africa seven MB-326Ks in component form, followed by 15 more sets in the following year for assembly by Atlas Aircraft Corporation in Kempton Park. Atlas then continued to build the type under licence as the Impala Mk 2, producing a further 78 aircraft.

The scroll refers to an institute of learning and the pillar is the pillar of wisdom.