From Heraldry of the World
Your site history : Laerskool Jan Meyer
Jump to navigation Jump to search 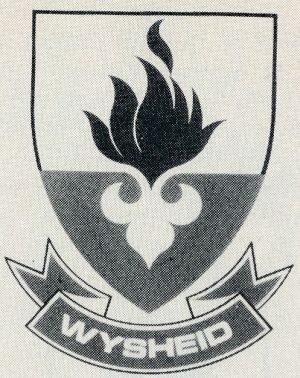 Arms: Per fess flory of one inverted Argent and Azure, in chief a flame Tenne.
Motto: WYSHEID

The school is in Sasolburg, built near the site of one of South Africa's largest refineries. The flame alludes both to the flames always present at refineries and to the flame on the traditional torch of knowledge. The motto, meaning " Wisdom" links up with this concept of acquiring knowledge.