From Heraldry of the World
Your site history : Lambert & Butler - Kings & Queens of England
Jump to navigation Jump to search 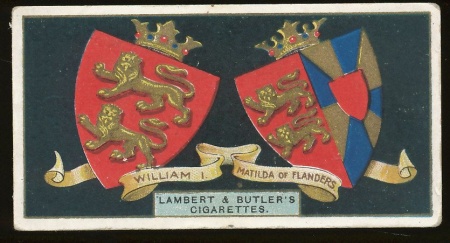 Lambert & Butler is a UK cigarette brand, now part of Imperial Tobacco. The company has issued a large number of series between 1899-1930. Two series have a heraldic theme; a series with the arms of Danish town arms, and this one with arms of the English Kings.

The cards show some information on the reign of the king on the back.