From Heraldry of the World
Your site history : Lancashire
Jump to navigation Jump to search 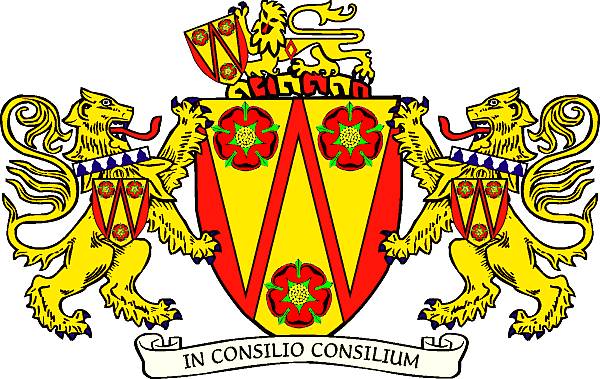 The arms are quite simple, showing the famous red rose of Lancaster in a distinctive design. The red rose appears in most Lancashire towns and districts.

The crest and supporters are derived from the arms of the Ferrers family, earls of Derby. The lions, mascule and vair pattern all feature in tha arms of the family who have been prominent land owners in the county.