From Heraldry of the World
Your site history : Laurens (Villes de France)
Jump to navigation Jump to search 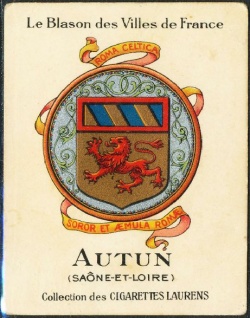 The company 'Cigarettes Laurens' was founded in 1887 in Alexandria (Egypt) by Edouard Laurens. In the following year he receid the privilege to use the brand name Le Khédive from his Highness Twefik Pasha, Khedive (governor) of Egypt. The brand name Le Khédive became his most popular brand in Europe. Later in the 19th century he established different factories in Europe, for example in France and in Geneva.

The series of cards show the arms of larger French cities. The back of the arms provides information on the background of the arms. The text and images were from Boisserie de Masmontet. I have no idea when the cards were issued. Some of the texts on the back refer to dates such as 1917, 1919 etc, so at least part of the set dates from at least the 1920s. Some of the earlier numbers do not refer to the First World War, even for frontline cities, and thus probably date from before 1914. 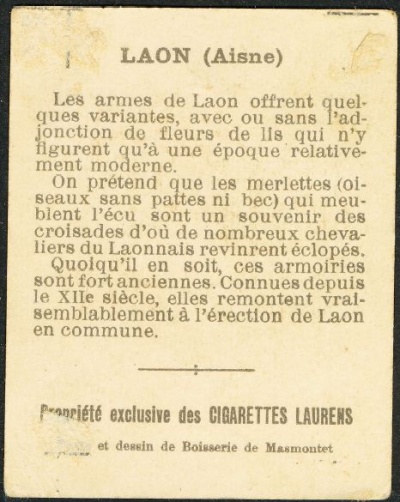