From Heraldry of the World
Your site history : Leeds Permanent Building Society
Jump to navigation Jump to search 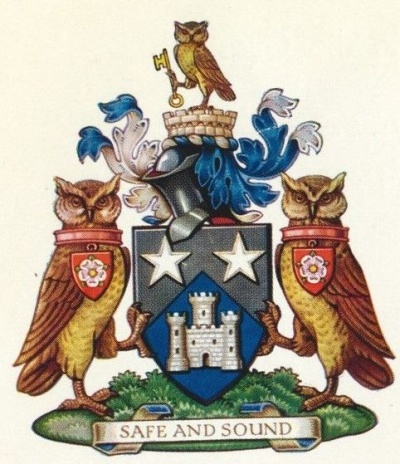 Arms: Per chevron sable and azure, in chief two mullets and in base a triple-towered castle argent.
Crest: On a wreath argent and azure, Upon the battle­ments of a tower an owl proper holding with the dexter claw a key Or.
Supporters: On either side an owl proper gorged with a collar, pendent therefrom by a chain an escutcheon gules charged with a rose argent barbed and seeded proper.
Motto: Safe and sound.