From Heraldry of the World
Your site history : Les plus beaux écussons de France
Jump to navigation Jump to search 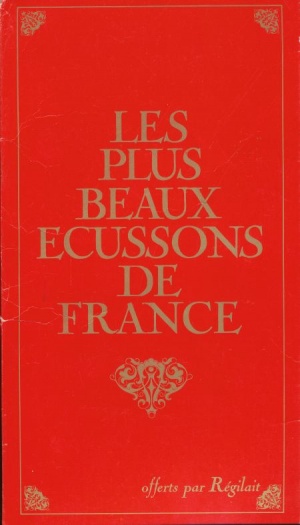 Régilait has been in the business since 1955 and has made its name as the undisputed leader in the French powdered milk market, and as one of the key players in the condensed milk sector (with and without added sugar) and in the production of baby milks.

Régilait has more than 60 products intended for medium to large stores and catering, both in France and on the international scene, which are commercialised under the brand names Régilait, France Lait and Quick Lait. (source).

The company issued in the 1970s(?) a series of small (38x48 mm) hard plastic shields, which could be collected with the milk powder. For the shields an album was issued, consisting of 12 loose sheets (30x16.5 cm), each for 12-17 shields. The shields were numbered, the sheets were pre-printed and the arms were grouped by region. The numbering was arbitrarily throughout the whole album. An example of a sheet is shown below.

Example of a page: 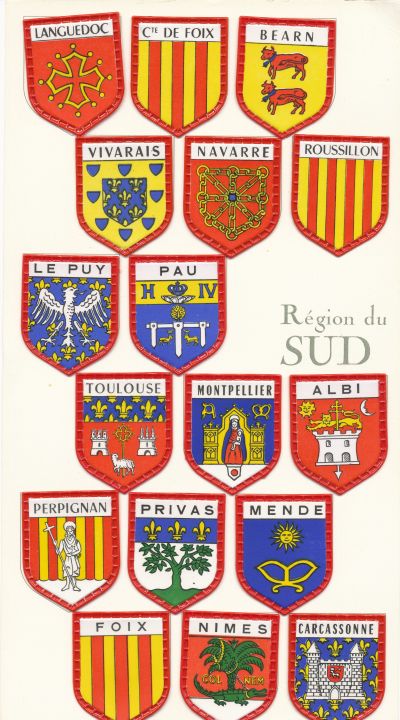