From Heraldry of the World
Your site history : Levi Magnuson
Jump to navigation Jump to search 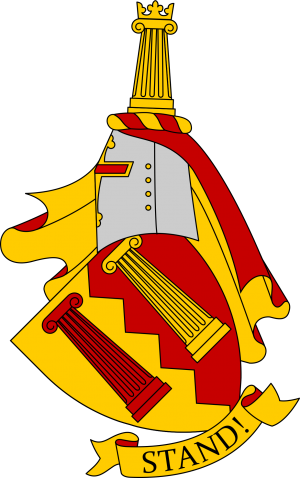 Per pale dancetty Or and Gules two columns counterchanged. For a crest, upon a wreath of the colours a crowned column Or. Motto: Stand!

The two pillars in the design represent the armiger's two main values: wisdom and knowledge. Red intermingles with gold, the colours of England and Scotland, representing the Ameriger's interest in the United Kingdom and its monarchy, represented by the dancetty division which alludes to the spikes of a crown.