From Heraldry of the World
Your site history : Liestal
Jump to navigation Jump to search 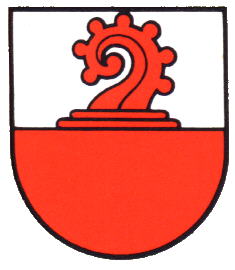 Liestal was an important village on a major trade route over the Alps, which in the early 13th century received town and market rights and later in the 13th century the town was granted city rights and was fortified. In 1305 Liestal was acquired by the bishops of Basel, in 1400 the city became a possession on the city of Basel.

From 1305-1400 the city used on its seal the crosier of the diocese of Basel, coloured images show a red crosier in a silver field. The first seal after the change of power dates from 1407 and shows the arms as shown above. The seal was destroyed by the city of Basel in 1653 and the use of the old arms on the seal was forbidden. 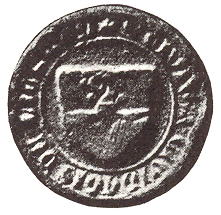 At the same time and during later centuries the city used as arms again the crosier, now with a broad base and surrounded by a large red bordure. These arms are for example shown in the city hall, dating from 1583. 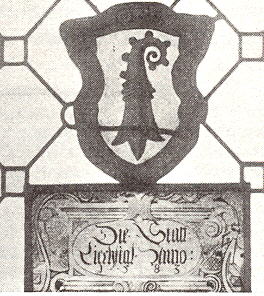 Literature : information and images from Suter, 1984