From Heraldry of the World
Your site history : London and Edinburgh Insurance Company Limited
Jump to navigation Jump to search

Arms: Argent, a chevron, arched below embattled above, sable masoned Or, between in chief two swords, points upwards, gules and in base a tower with a conical roof sable, the port gules.
Crest: On a wreath of the colours, A demi pegasus argent supporting an anchor sable.

The arms were officially granted on August 1, 1969.

If you have any information on these arms and Edinburgh Insurance Company Limited mail us !

On a building of the company the following arms were used, which are simply a combination of the arms of London and Edinburgh: 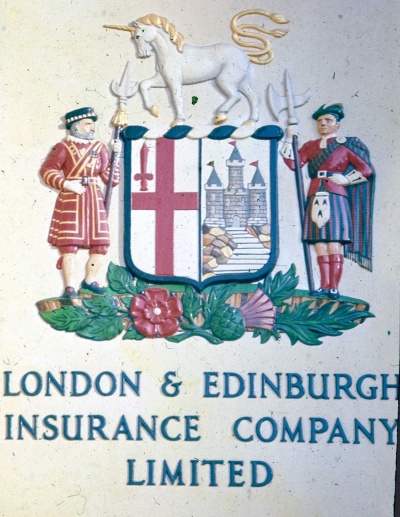