From Heraldry of the World
Your site history : Lymm High School
Jump to navigation Jump to search 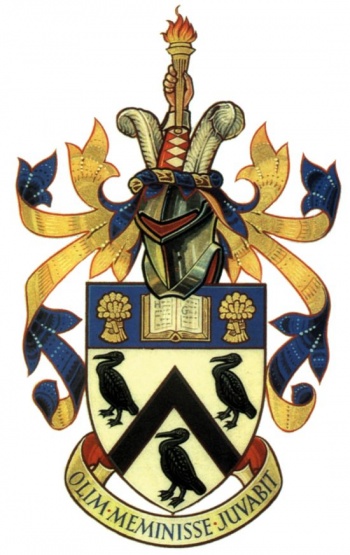 Arms: Argent, a chevron between three cormorants sable; on a chief azure a book open proper, edged and bound, between two garbs Or.
Crest: On a wreath Or and azure, : between two ostrich feathers argent a cubit arm, vested gules, charged with a pale of lozenges and cuffed also argent, the hand proper grasping a torch erect gold, enflamed also proper.
Motto: Olim meminisse juvabit