From Heraldry of the World
Your site history : Manchester Port Health Authority
Jump to navigation Jump to search 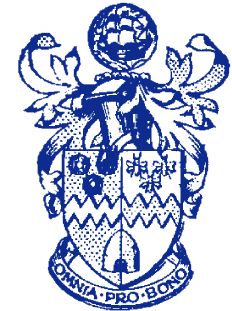 Arms : Party per pale Or and azure, a fesse indented and in base a beehive counterchanged, in the dexter chief three roses of Lancaster and in the sinister chief three bees volant Or.
Crest: On a wreath of the colours, A terrestrial globe charged with a ship of the sixteenth century with three masts, in full sail, all proper flying three flags of St. George.
Motto: Omnia pro bono.

If you have any information on these arms Port Health Authority mail us !