From Heraldry of the World
Your site history : Manchester Stock Exchange
Jump to navigation Jump to search 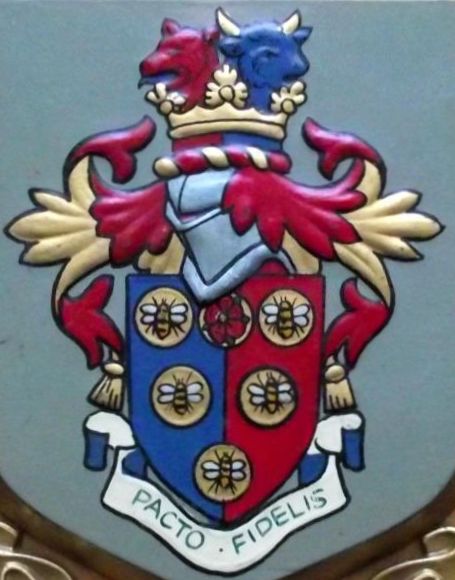 Arms : Per pale sable and gules, six bezants, three, two and one, that in centre chief charged with a rose gules, barbed and seeded proper, each of the others with a bee volant also proper.
Crest: On a wreath Or and gules, A bear's head gules and a hull's head sable, armed Or, couped and addorsed, conjoined and gorged with a ducal coronet gold.
Motto: Pacto fidelia

If you have any information on these arms Stock Exchange mail us !