From Heraldry of the World
Your site history : Mechanised Brigade, Portuguese Army
Jump to navigation Jump to search 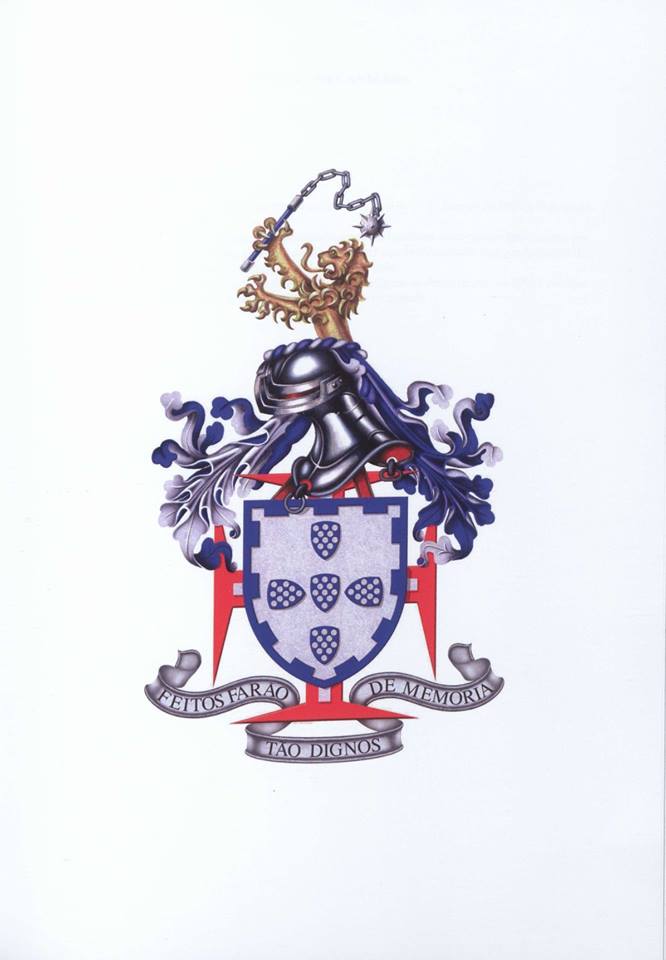 The Shields are the so called Quinas from the Arms of Portugal, symbolises the defence of the Homeland. The Brodure indicate a Territorial Command. The Lion in the Crest alludes to the Army and it holding a morning star to indicated the destructive power of the Brigade's Armoured Vehicles.