From Heraldry of the World
Your site history : Mecklenburg-Schwerin
Jump to navigation Jump to search 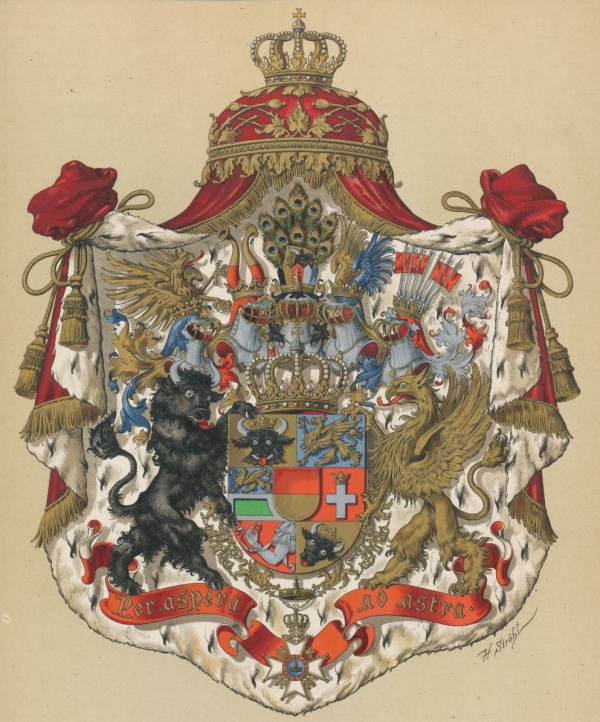 The new (Grand-)Duchy continued to use the arms of the former Duchy of Mecklenburg until 1918 (see there).

In 1918 the Grand-Duchy was changed into a free-state, thus all the references to the ruling dynasty were removed. The new arms are shown below, with as notable difference the removal of the ring through the nose on the first field.

The arms of the Free-State of Mecklenburg-Schwerin 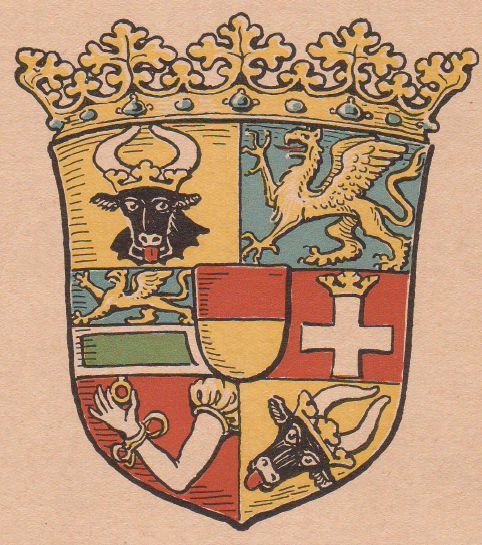