Mersey Docks and Harbour Board

From Heraldry of the World
Your site history : Mersey Docks and Harbour Board
Jump to navigation Jump to search

MERSEY DOCKS AND HARBOUR BOARD 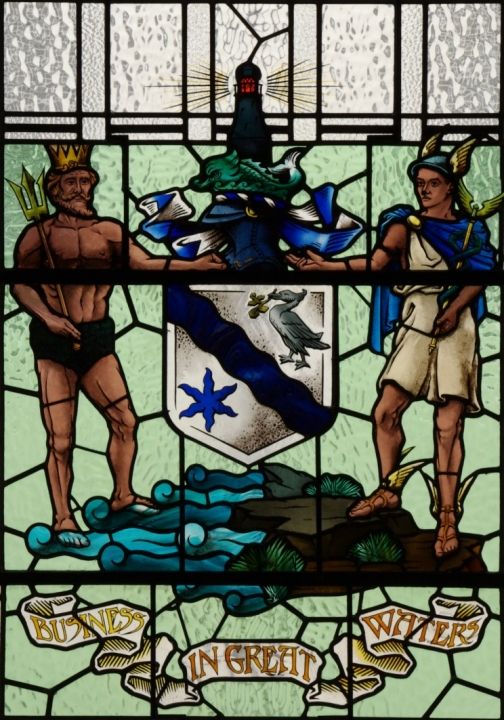 Arms : Argent, a bend wavy azure between in chief a cormorant, holding in the beak a branch of seaweed called laver, proper and in base an estoile of the second.
Crest: On a wreath of the colours, On waves of the sea and in front of a lighthouse a dolphin naiant, all proper.
Supporters: On the dexter side a representation of Neptune proper and on the sinister side a representation of Mercury proper.
Motto: Business in Great Waters

If you have any information on these arms Docks and Harbour Board mail us !