From Heraldry of the World
Your site history : Mersey and Weaver River Authority
Jump to navigation Jump to search 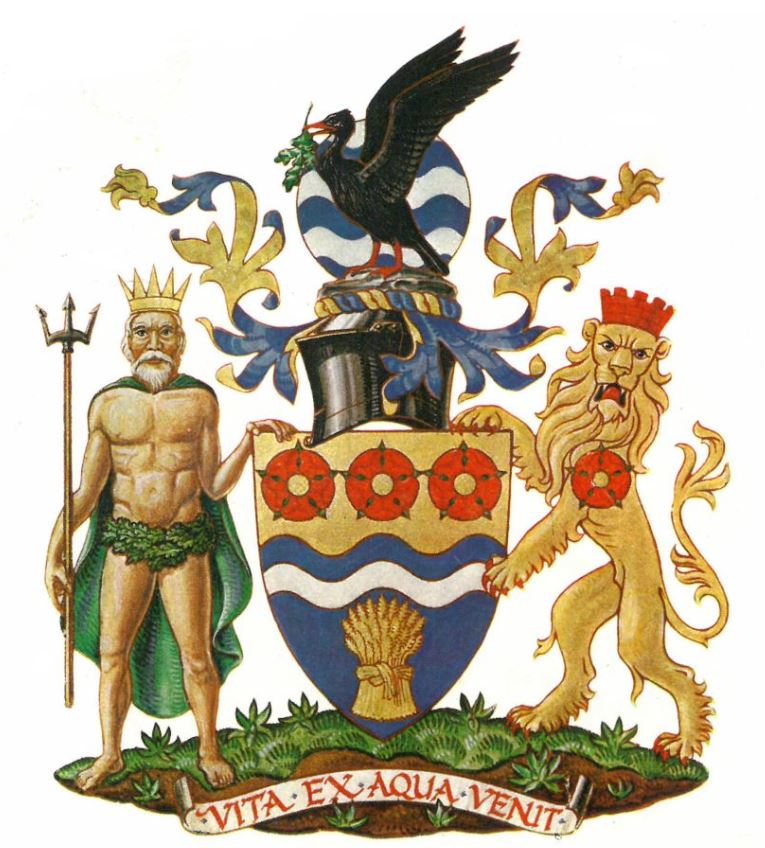 Arms : Per fess Or and azure, a fess wavy per fess wavy azure and argent, in chief three roses gules and in base a garb Or.
Crest: On a wreath of the colours, On a rock in front of a fountain, a cormorant wings addorsed proper, beaked and legged gules, in the beak a branch of laver proper.
Supporters: On the dexter side a figure representing Neptune mantled vert, and on the sinister side a lion guardant Or murally crowned and charged on the shoulder with a rose gules barbed and seeded proper.
Motto: Vita ex aqua venit