From Heraldry of the World
Your site history : Merton College (Oxford University)
Jump to navigation Jump to search 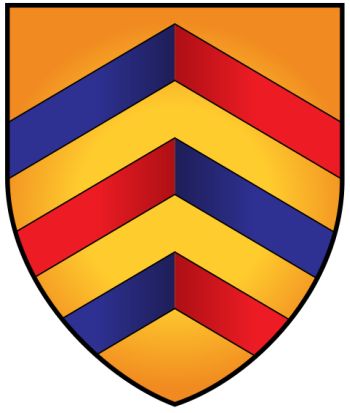 Or, three chevronels per pale, the first and third azure and gules, the second of the same counterchanged.

This College vies with Balliol for being the second college of the University. It was founded in 1264 by Walter de Merton, Bishop of Rochester. The arms of Merton are taken from the Clare arms (or, three chevronels gules) for two of the Clares helped in the foundation. The arms used by Merton were, or, three chevronels per pale azure and gules, the centre one counter-changed.

The College sometimes bears these impaled (to the sinister) with those of the See of Rochester.