From Heraldry of the World
Your site history : Metropolitan Police Service
Jump to navigation Jump to search 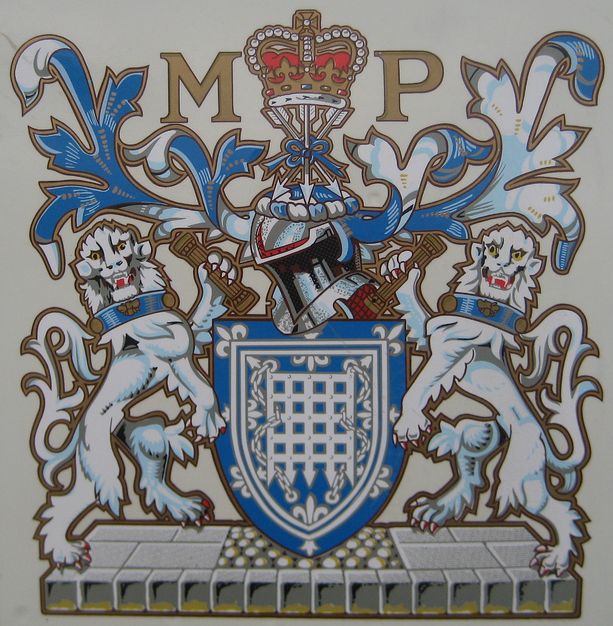 Arms : Azure, a portcullis chained within a double tressure flory counterflory argent.
Crest: On a wreath of the colours, Three arrows, one in pale and two in saltire, barbs downward, proper, banded azure and ensigned by the Royal Crown proper.
Supporters: On either side a lion guardant argent, gorged with a collar azure charged alternately with bezants and bees volant, grasping in the interior paw a column Or. Badge: A roundel azure, thereon the Royal Cypher of Her Majesty Queen Elizabeth the Second argent within a circlet azure fimbriated and inscribed with words 'Metropolitan Police' in letters argent, the whole upon a star of eight major and fifty-six lesser points argent, ensigned by the Royal Crown proper.

The arms were officially granted on September 5, 1967.

If you have any information on these arms Police Service mail us !