From Heraldry of the World
Your site history : Mid-Anglia Constabulary
Jump to navigation Jump to search 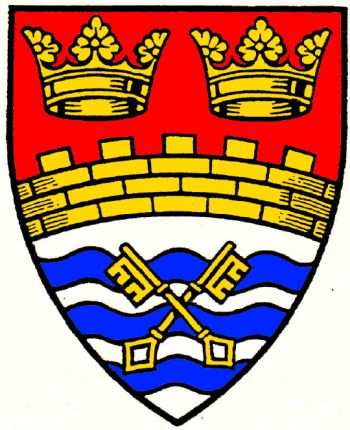 Per fess gules and argent, a fess enarched and em­battled Or, masoned sable, between in chief two [open] crowns Or and in base three bars wavy [azure] and thereon two keys in saltire Or.

The arms were officially granted on December 20, 1965.

If you have any information on these arms Constabulary mail us !