From Heraldry of the World
Your site history : Mine Countermeasures Ship USS Sentry
Jump to navigation Jump to search 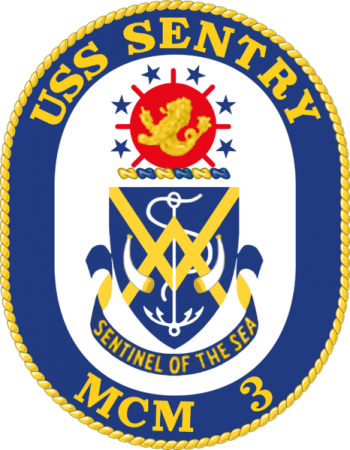 The three intelaced chevronels forming a net end together with the grapnel, symbolises the retrieval and immobilisation of the enemy mines.

The two horns refer to the ships role as a hunter and the number reflect that there have been two ships named Sentry.

The sealion symbolises participation in operations off the Philippines.