From Heraldry of the World
Your site history : National Bank Limited
Jump to navigation Jump to search 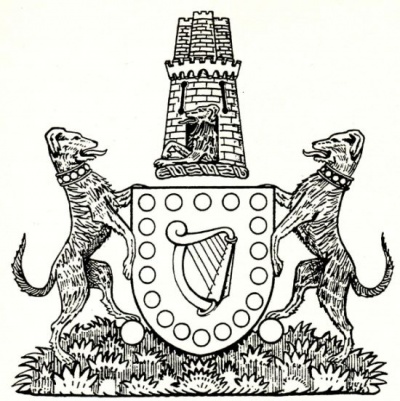 Arms: Azure, a harp or within an orle of bezants.
Crest: On a wreath of the colours, an· Irish wolf hound couchant azure issuant from the port of a tower triple­ towered or.
Supporters: On either side an Irish wolf hound Or, gorged with a collar azure besanty and resting the interior hind paw on a bezant.

The arms were officially granted on February 5, 1952.

If you have any information on these arms Bank Limited mail us !