From Heraldry of the World
Your site history : National Bank of Australasia
Jump to navigation Jump to search 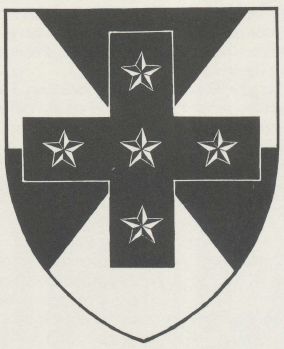 Gyronny of six Argent and Or, a Cross couped Gules charged with five Mullets of the first.

The arms were officially granted on September 27, 1954.

The Arms are intended to represent the wealth of Australia (silver and gold) meeting at a central point which is an allusion to the Bank, whilst the cross and mullets are allusive to the Arms of Australia.