From Heraldry of the World
Your site history : National Bank of Ireland
Jump to navigation Jump to search 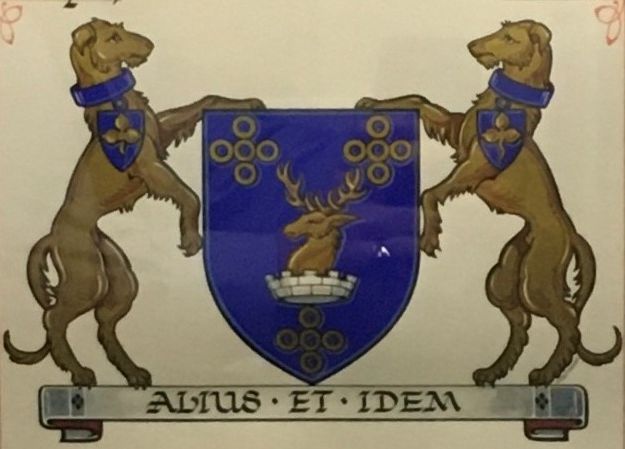 Azure a hart's head or issuant from a mural coronet argent between three crosses of five annulets conjoined of the second, with the Supporters : Two Irish wolfhounds or collared azure, depending from the collar an escutcheon of the last charged with a trefoil of the first, and with the Motto: Alius et idem.

If you have any information on these arms Bank of Ireland mail us !