From Heraldry of the World
Your site history : National Coal Board
Jump to navigation Jump to search 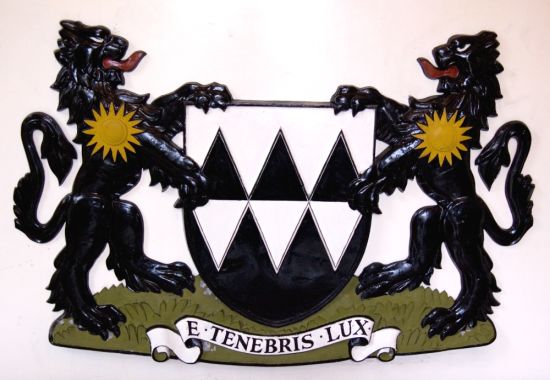 Arms : Per fesse argent and sable, three fusils conjoined in fesse counter­ changed.
Supporters: On either side a lion sable charged on the shoulder with a sun in splendour Or.
Motto: E tenebris lux.

The fusils refer to the coal brought to the surface of the earth. The lions are the English lions in the colour of the black coal. The suns refer to the products of coal, which provides light, heat, energy and power.