From Heraldry of the World
Your site history : National Federation of Fruit and Potato Trades
Jump to navigation Jump to search 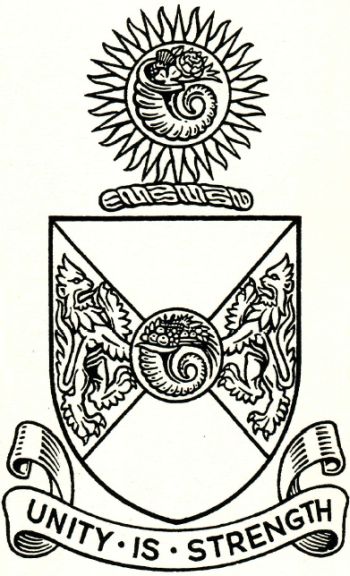 Arms : Per saltire Or and vert, in fesse two lions combatant of the first; over all in the fesse point a plate charged with a cornucopia gules, the fruit proper.
Crest: On a wreath of the colours, A sun in splendour Or charged with a cornucopia gules, issuant therefrom a shamrock, a thistle, a garden rose, and a leek, all proper.
Motto: Unity is strength.

If you have any information on these arms Federation of Fruit and Potato Trades mail us !