From Heraldry of the World
(Redirected from National arms of Chad)

Your site history : National Arms of Chad
Jump to navigation Jump to search 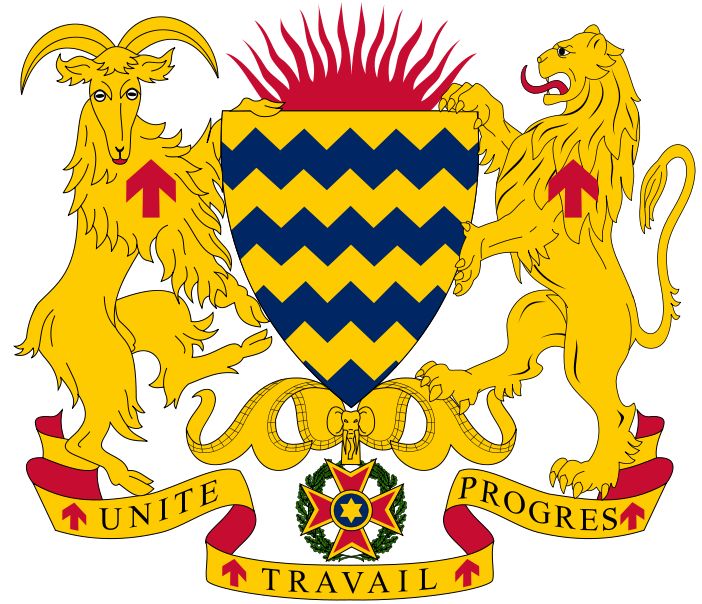 The wavy lines on the shield symbolise Lake Chad, and the sun rising over it represents a new beginning. The goat supporter represents the northern part of the nation, while the southern part is represented by the lion. Hanging around the shield is the medal for the National Order of Chad.

The motto is "Unité, Travail, Progress".