From Heraldry of the World
Your site history : Newington College
Jump to navigation Jump to search 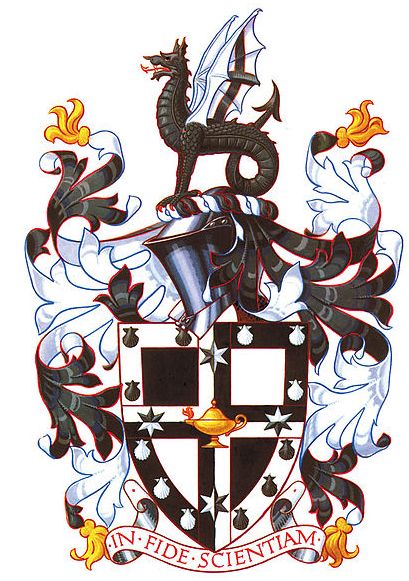 Arms : Quarterly Sable and Argent, a Bordure and over all a Cross quarterly, upon the Bordure twelve Escallops, all counter-changed, and upon the Cross an Ancient Lamp Or, enflamed proper, between four Mullets of six points also counter-changed.
Crest : On a Wreath of the Colours, a Wyvern sejant Sable, wings elevated and addorsed Argent, and charged with a Cross Sable.
Motto: 'In Fide Scientiam'.

The mullets represent the Southern Cross, and refer to the Arms of the State of New South Wales. The Lamp of Learning and Truth is self-explanatory for an establishment of learning and religious teaching.