From Heraldry of the World
Your site history : Noordschote
Jump to navigation Jump to search 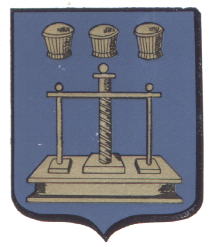 The arms show barrels and a press, both used for making butter, indicating dairy farming as the main activity in the early 19th century.