From Heraldry of the World
Your site history : Norfolk Heraldry Society
Jump to navigation Jump to search 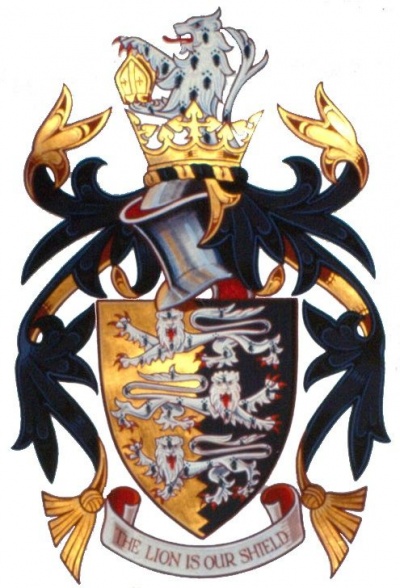 The arms were officially granted on August 6, 1996.

The lion is repeated in the crest. The coronet is intended to be an ancient crown representing East Anglia or St. Edmund, King and Martyr (who is arguably still the rightful patron saint of England) and which also appears in the arms of The Heraldry Society and seemed to be particularly appropriate in 1996 which was the 900th anniversary of the Cathedral.

The motto refers to the arms and to heraldry, being a play on 'shield'.