From Heraldry of the World
Your site history : North Thames Gas Board
Jump to navigation Jump to search 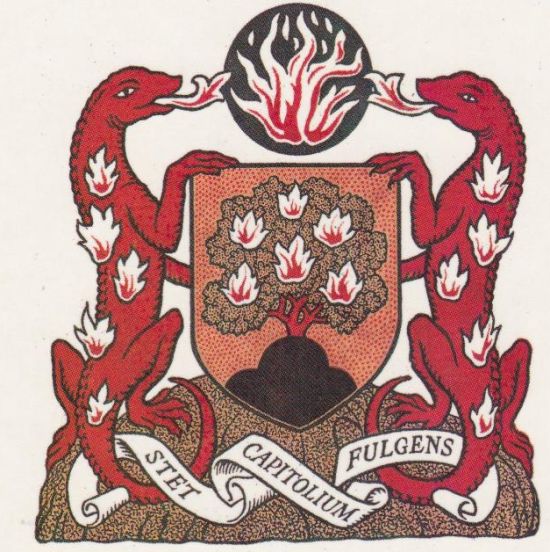 Arms : Or, issuing from a mount sable a burning bush proper; all within a bordure gules.
Supporters: On either side a salamander gules, inflamed proper, charged on the shoulder with a pellet fimbriated Or, thereon a flame of fire also proper.
Motto: Stet capi­tolium fulgens.

If you have any information on these arms Thames Gas Board mail us !