From Heraldry of the World
Your site history : Norwich Union Fire Insurance Society
Jump to navigation Jump to search 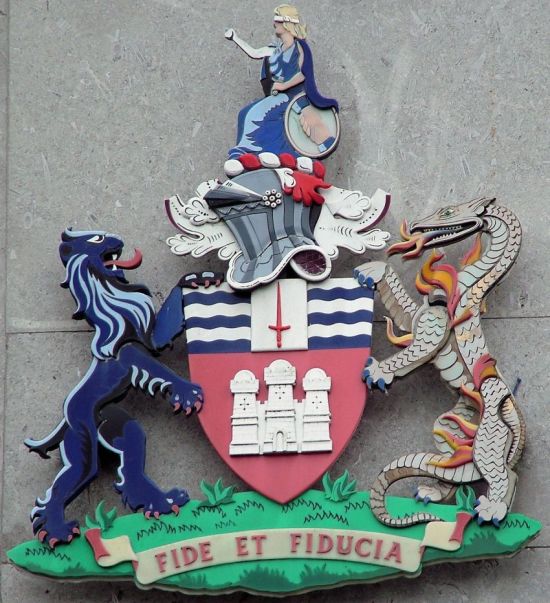 Arms: Gules, a castle of three towers domed argent; on a chief harry wavy of six of the second and azure a pale also of the second charged with a sword erect of the field.
Crest: On a wreath of the colours, A representation of Justice seated proper, habited azure, holding in her dexter hand a pair of scales Or and in her sinister hand a sword argent, pommel and hilt gold, the blade resting on her shoulder, and at her side a target also gold charged with two clasped hands issuant in bend proper cuffed also azure.
Supporters: On the dexter side a lion azure and on the sinister side a salamander Or enflamed proper.
Motto: Fide et fiducia

The arms were officially granted on November 24, 1947.

If you have any information on these arms Union Fire Insurance Society mail us !