From Heraldry of the World
Your site history : Nottingham High School
Jump to navigation Jump to search 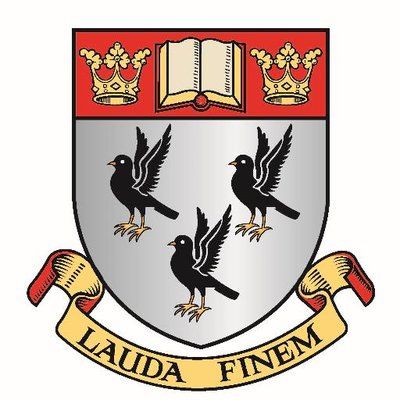 Arms: Ermine, a lozenge argent charged with three blackbirds rising proper; on a chief gules an open book also proper, garnished Or, between two ducal coronets of the last.
Crest: On a wreath argent and gules, A squirrel sejant gules holding between the paws a ducal coronet Or.
Motto: Lauda finem