From Heraldry of the World
Your site history : Oberfranken
Jump to navigation Jump to search 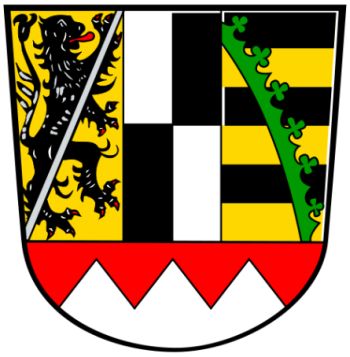 The arms combine the arms of the four territories to which the largest part of the area historically belonged. The lion is the lion of the State of Bamberg, the quartered shield the arms of the Margraves of Nürnberg-Ansbach from the House Hohenzollern; the bars and crown are the arms of Sachsen and symbolise the former Duchy of Sachsen-Coburg. The base shows the points, the traditional arms of Franken.

The arms of the Kreis Oberfranken, which existed until 1945 were rather different: 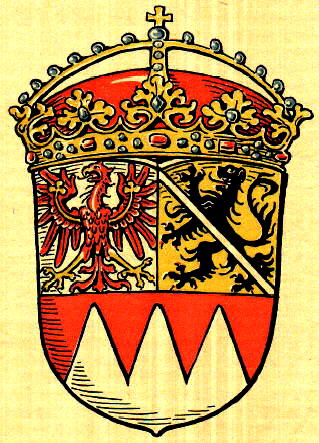