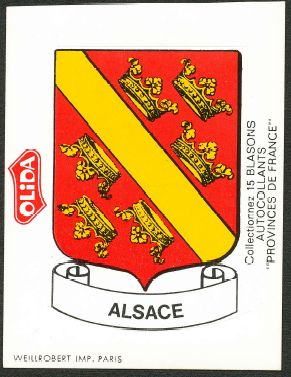 This is a series of stickers with the arms of French provinces. They were issued as a series of 15 according to the cards, but 25 have been issued. The company is a well known French company producing ham and deli meats.