From Heraldry of the World
Your site history : Open University (UK)
Jump to navigation Jump to search 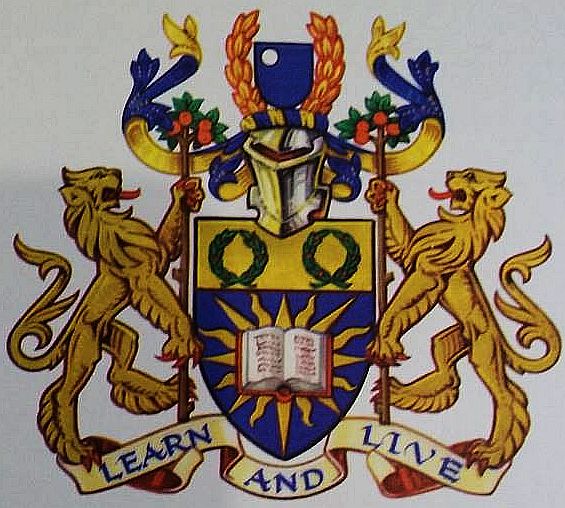 Arms: Azure an open Book proper bound Gules and irradiated Or thereon a Television Screen and on a Chief Or two Spools of Recording Tape proper
Crest: On a Wreath Or Sable and Azure Between two Branches of Laurel Or the leaves fimbriated Gules a round based Escutcheon Azure round pierced in the Canton
Supporters: On either side a Lion rampant Or holding a Television Mast proper
Motto: Learn and Live

If you have any information on these arms University (UK) mail us ! 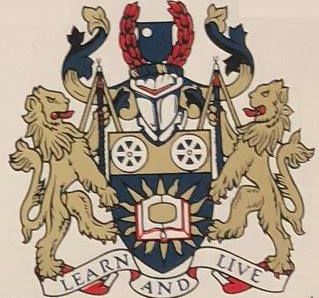