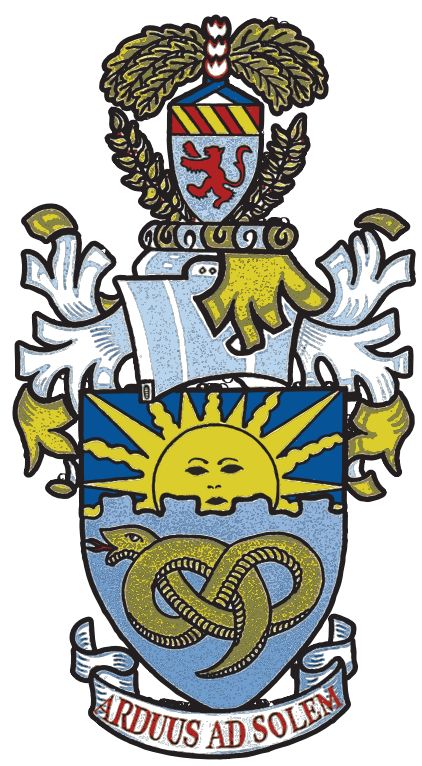 Arms: Argent, a serpent nowed vert; on a chief nebulee azure a sun issuant Or.
Crest: On a wreath of the colours [argent and azure], Between two branches of laurel, a palm tree proper, suspended in front thereof by a riband azure a shield argent thereon a lion rampant gules and a chief of the last charged with three bendlets Or.
Motto: Arduus ad solem