From Heraldry of the World
Your site history : Oxford
Jump to navigation Jump to search 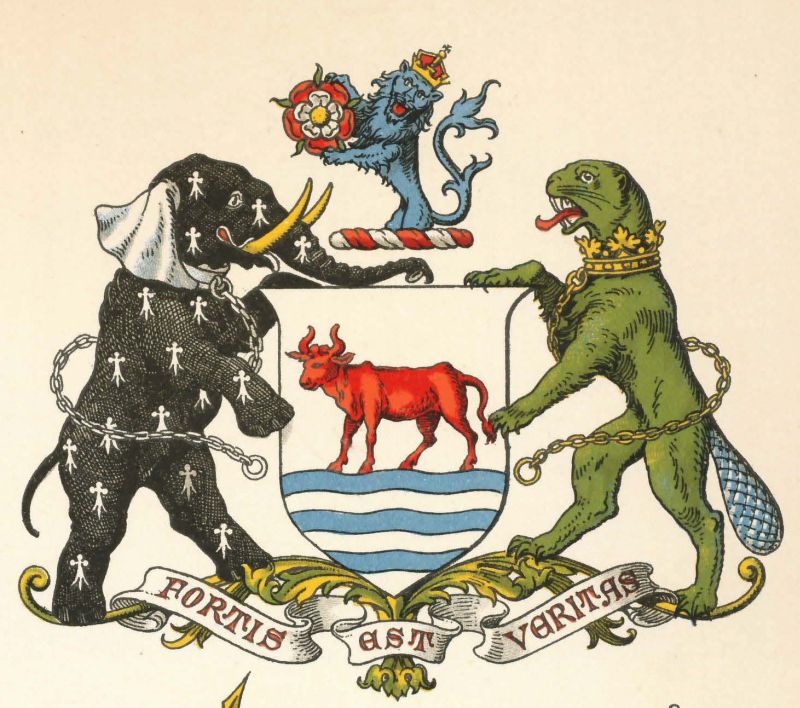 Arms : Argent an Ox Gules armed and unguled Or passing over a Ford of Water in base barry wavy Azure and Argent.
Crest : On a Wreath of the Colours a demi Lion rampant guardant Azure crowned with an Imperial Crown proper holding between the paws a Rose Gules charged with another Argent.
Supporters : On the dexter side an Elephant Ermines eared Argent tusked Or collared and lined Or and on the sinister side a Beaver Vert its tail barry wavy [= scaly] Azure and Argent ducally gorged and lined Or.
Motto: 'FORTIS EST VERITAS' - Strong is truth

The arms were not officially granted, but recorded at the Visitation of August 12, 1634.

The arms are based on the 14th century seal of the city and are canting, an ox fording a river.

The significance of the supporters is unknown. The beaver probably refers to the River Thames, but also appears in the arms of a family associated with the city's history, as does the elephant.

The crest shows the English lion and the Royal rose.