From Heraldry of the World
Your site history : Pembroke College (Cambridge University)
Jump to navigation Jump to search 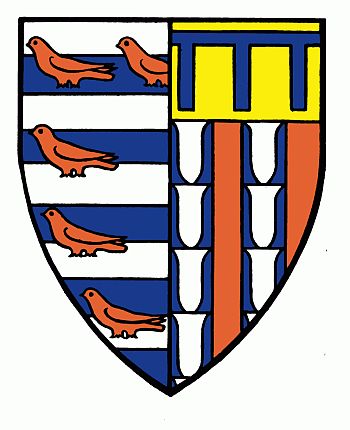 Barry of ten argent and azure, an orle of five martlets gules dimidiated with paly vair and gules, on a chief Or a label of five points throughout azure.

Pembroke College, founded in 1347 by Mary, daughter of Guy de St. Pol and widow of Aymer de Valence, Earl of Pembroke combines the arms of De Valence (bars), dimidiated with the arms of St. Pol (vair).