From Heraldry of the World
Your site history : Penhold Crossing secondary school
Jump to navigation Jump to search 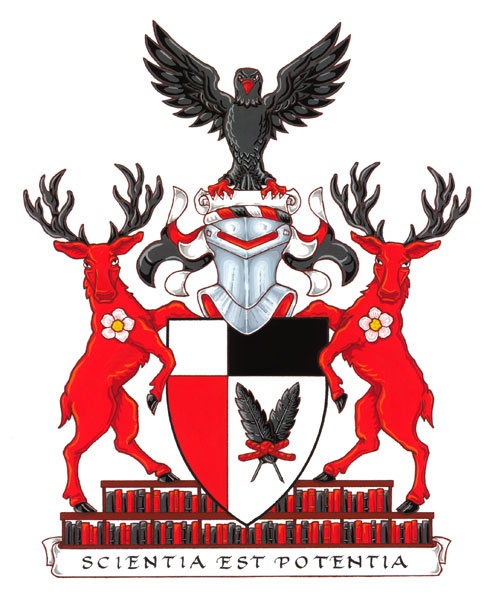 he division of the shield alludes to the “crossing” part of the school’s name, a reference to the river and railway crossings at Penhold, as well as to the division of land on the Canadian prairies in large square plots. The feathers refer to the hawk in the crest and to the heraldic badge of the Town of Penhold, which uses two feathers crossed in an X-shape. The colours are based on the black, orange and silver used by the school.

The hawk refers to the emblem of the school teams, the Skyhawks, and to the several species of hawks in the area. The scroll alludes to recorded knowledge and to the diploma awarded to each graduate.

The motto, meaning “Knowledge is power”, is based on a quotation from Leviathan (Part I, chapter X) by Thomas Hobbes, and is an indication of the value of education.