From Heraldry of the World
Your site history : Peninsular and Oriental Steam Navigation Company
Jump to navigation Jump to search 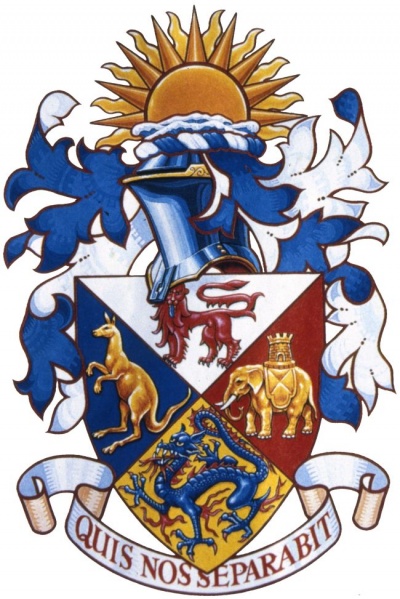 Arms : Per saltire Argent, Or, Azure, and Gules, a Lion statant guardant of the last, and a Dragon (representing a Chinese Dragon) of the third, scaled and tufted of the fourth, in pale, and a Kangaroo and an Elephant with a Castle on its back of the second in fess.
Crest : On a Wreath of the Colours, issuant from Water proper, a Sun rising Or.
Motto: 'Quis Nos Separabit'.

If you have any information on these arms and Oriental Steam Navigation Company mail us !