From Heraldry of the World
Your site history : Pioneer Mutual Insurance Company
Jump to navigation Jump to search 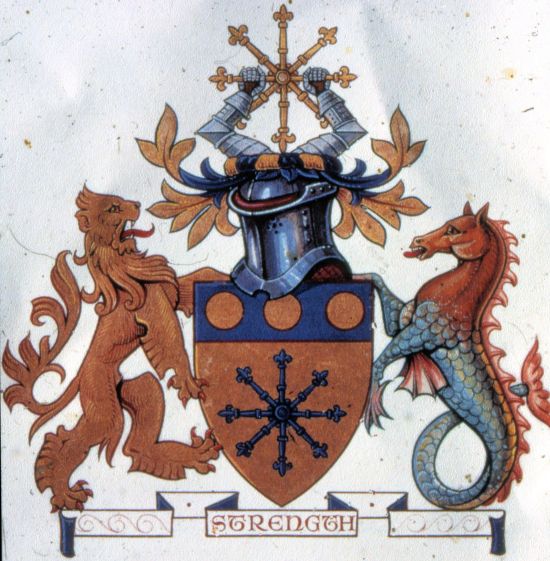 The escarbuncle originated in decorative treatment of radiating bands of metal used to strengthen the shield during medieval times. In early Heraldry it was found in the centre of the shield but has become a charge which is found in any position. It is an allusion to the main activity of the company, being double security against all.

The Bezants represent gold coins and allude to the activities of the company in the financial markets.

The crest combines an escarbuncle held by the gauntleted arms which alludes to holding firmly for greater protection.

The Lion of England also alludes to strength. The sea horse may be an allusion to the company’s original headquarters near Waterloo Bridge on the River Thames in London.