From Heraldry of the World
Your site history : Polytechnic Institute of Lisbon
Jump to navigation Jump to search 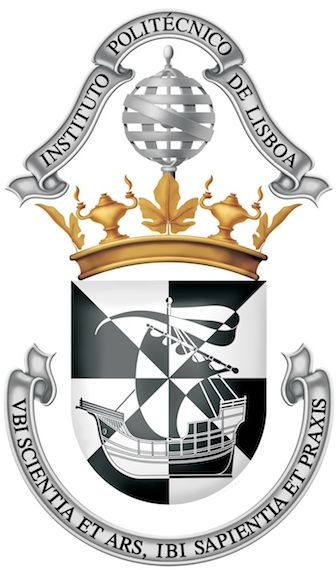 The arms were officially granted on February 1, 2011.

The Arms are based on the Arms of the City of Lisbon (The Ship) and of the City Standard which is Gyrony of Argent and Sable. The Crest shows an Astrolabium as a sign of the Scientific work undertaken at the Institute I guess. The Arms was presented at the 25th Anniversary of the Institute in 2011.