From Heraldry of the World
Your site history : Port of London Authority
Jump to navigation Jump to search 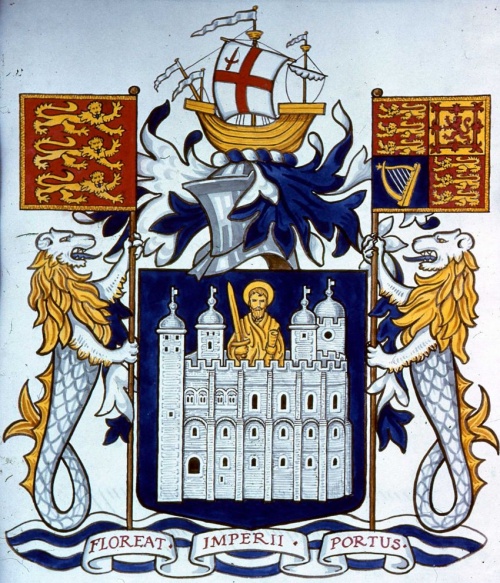 Arms : Azure, issuing from a castle argent a demi man. vested, holding in the dexter hand a drawn sword and in the sinister a scroll Or, the one representing the Tower of London, the other the figure of St. Paul the patron saint of London.
Crest: On a wreath of the colours, An ancient ship Or, the mainsail charged with the Arms of the City of London.
Supporters: On either side a sea lion argent, crined, finned and tufted Or, issuing from waves of the sea proper, that to the dexter grasping the banner of King Edward the Second, that to the sinister the banner of King Edward the Seventh.
Motto: Floreat Imperii Portus.

If you have any information on these arms of London Authority mail us !