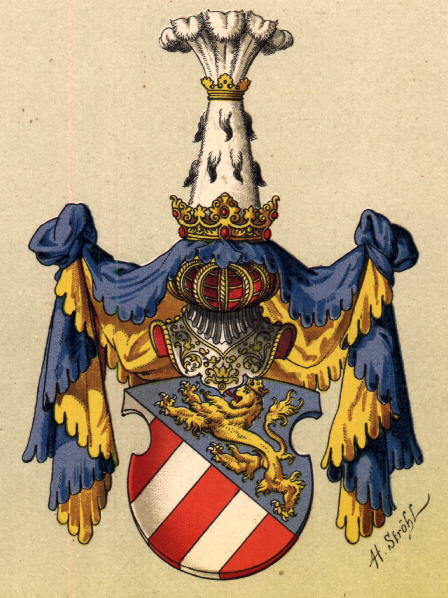 The Principality of Görz (now Gorizia/Gorica, partly Italy, partly Slovenia) was acquired by Austria in 1500. The origin of the arms is not known, but the composition is known since 1304. The number of bends in the lower half has varied during the centuries from 4 to 8, but otherwise the arms have not changed.