From Heraldry of the World
Your site history : Principality of Samos
Jump to navigation Jump to search 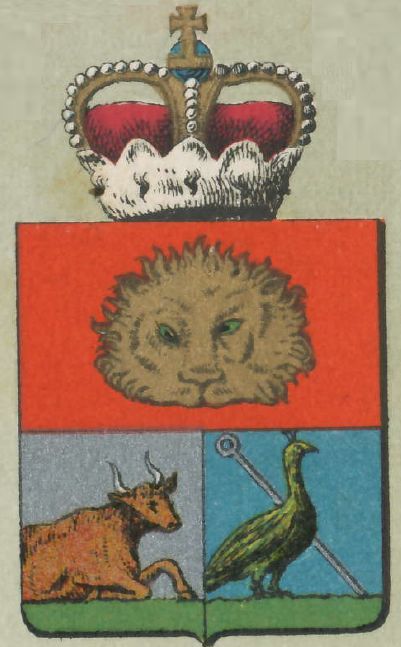 In 1834 the island of Samos was granted self-government as a semi-independent state under the Ottoman Empire, the Principality of Samos (Greek: Ηγεμονία της Σάμου). On March 2, 1913 it was unified with Greece.

The Lion Mask, Bull Head and Peacock are all from ancient Samian coins.

The Lion Mask is what was used by the historical Samians in worship specifically to the Godess Hera. They would wear Lion Masks as part of their rituals. The eyes of the Lion are skewed, indicating this is not a living lion but a dead one.

The Reclining Ox/Cow/Bull is also connected to the worship of Hera. Older depictions of Hera had her with a Bull’s Head

The Peacock was considered a symbol of immortality, as even with an arrow through the body, he still lives.