From Heraldry of the World
Your site history : Professional Golfers' Association
Jump to navigation Jump to search 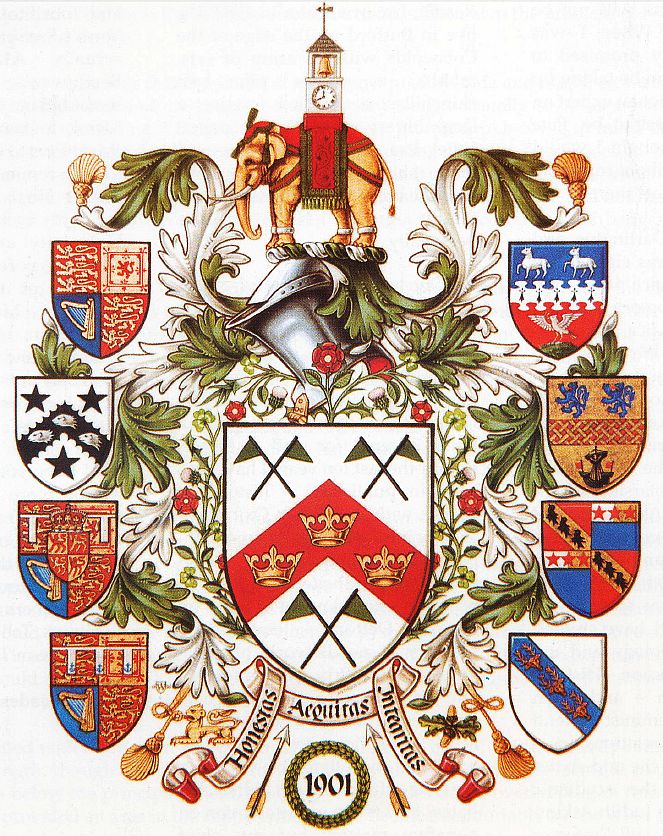 Arms : Argent, on a chevron Murrey between three pairs of fanes saltirewise Vert the poles Sable, as many Ancient, Crowns Or.
Crest: On a helm with a wreath Argent and Vert, and Elephant statant Or, tusked Argent, the housings on its back and forehead Murrey, fringed and tasseled Vert, its legs ringed Argent, burdened with a belfry Argent, the roof, clock and weathervane proper, the bell gold. Mantling Vert doubled Argent.
Motto: HONESTAS AEQUITAS INTEGRIITS

The arms show the fanes to mark the holes of the golf course.

The tower on the elephant is the one over the Club House of the P.G.A.

In base below the arms are included three badges, the centre one of which appears to have a connection with archery.