From Heraldry of the World
Your site history : Pye
Jump to navigation Jump to search 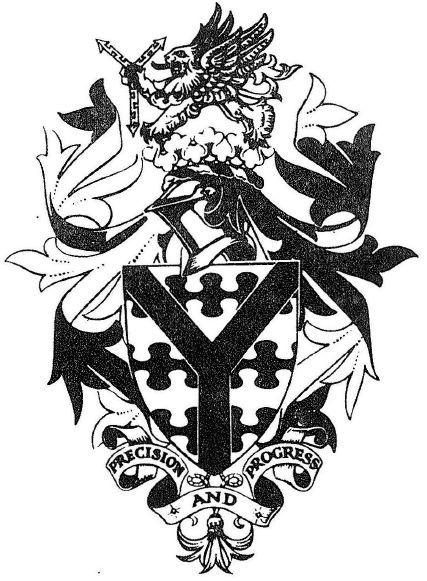 The three bars nebuly represent oscillation signals and are red to symbolise energy. The pall is derived from the 'Y' in the Pye trade mark.

Argent and azure predominate in the Arms and these colours are the house colours of the Company. The winged lion (said to represent England) races across the sky in the crest, clasping three flashes of lightning (they stand for the energies of telecommunications, electricity and broadcasting.)