From Heraldry of the World
Your site history : Queen's College (Queenstown)
Jump to navigation Jump to search 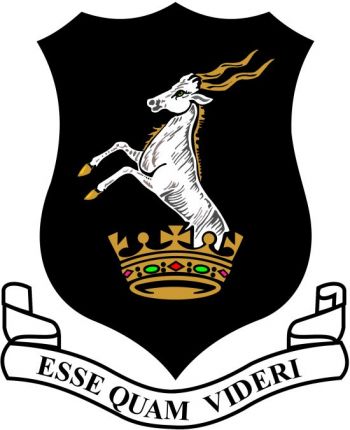 The arms were officially granted on November 7, 1945.

The demi-kudu in the arms is taken from the crest of the arms of Queenstown. Its motto is Esse Quam Videri (To be, rather than to seem to be).