From Heraldry of the World
Your site history : Queen Anne High School
Jump to navigation Jump to search 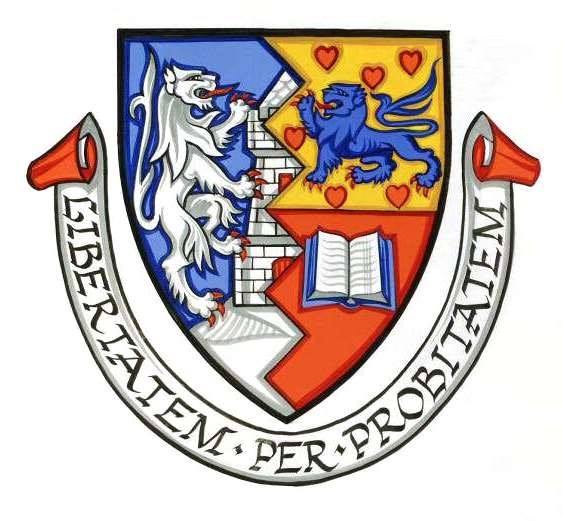 Per pale indented, dexter, Azure, upon a rock in base a tower Argent, masoned Sable, windows and port Gules, supported by two lions rampant of the Second, langued of the Fourth, all demidiated; Sinister, per fess Or and Gules, a lion passant Azure, langued Gules in chief, powdered by six hearts of the last, all in chief, and in base an open book Proper, binding and fore-edges Azure.

The arms show the arms of the Burgh of Dunfermline covered on the sinister side with the arms of Queen Anne (those of the Danish Royal House) in the upper quarter and a book to symbolise education below. The name of the school is taken from its original home in a room of the gatehouse of Queen Anne's House, which was the residence of Anne of Denmark, wife of James VI, when staying in Dunfermline.